“No business succeeds alone. Collaboration among companies, even among rivals, is a common thread.” This year, Fortune Magazine published their “Change the World” list, which is comprised of successful international businesses and initiatives that are taking on society’s unsolved problems. Mondragon Corporation, parent company to Fagor Automation, was considered by Fortune to be the 11th company of 53 that are spearheading that change.

For Fortune Magazine, widely known for their Fortune 500 list, this was the sixth year creating a list of companies that are changing the world. To generate this list, they look at four key factors: Measurable Social Impact, Business Results, Degree of Innovation, and Cooperate Integration. Looking at the excerpt for Mondragon, it makes a lot of sense why they earned their ranking. 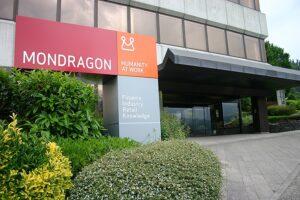 “Founded by a Basque Catholic priest in 1956, Mondragon is a conglomerate of 260 companies spanning construction, finance, manufacturing, and agricultural and food production. (One of its companies worked on the roof of the Guggenheim Bilbao, shown here.) With 12.2 billion euros ($14.5 billion) in revenue last year and more than 81,000 employees, it’s one of Spain’s largest employers—and as the world’s largest federation of worker-owned cooperatives, it has grown in part because it doesn’t disproportionately enrich top brass.” 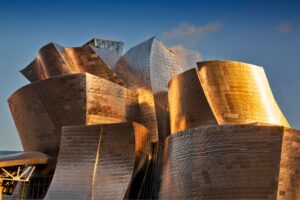 “No top executive makes more than six times the salary of the lowest-paid worker in his or her cooperative (and all earn far less than $1 million annually). “They know they have to be profitable or they won’t exist. This is not a hippie group of co-ops,” says Georgia Kelly, founder of the nonprofit Praxis Peace Institute, who leads seminars at Mondragon. “But their ethic is people before profit.”” 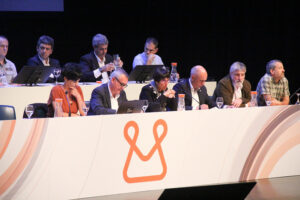